Last week, we saw that certain fungi are actually in the brain and are linked with dementia. So it stands to reason that particular diets can influence what is going on in our gut. Now I've talked before about the microbiome. That's the bacteria that live inside our gut, but there's also the fungi that live inside our gut. And this publication has done some outstanding work focusing on this relationship and mapping particular fungi back to brain function. And I'm going to drill into this and tell you the important things that you need to know.

What is a ketogenic diet? 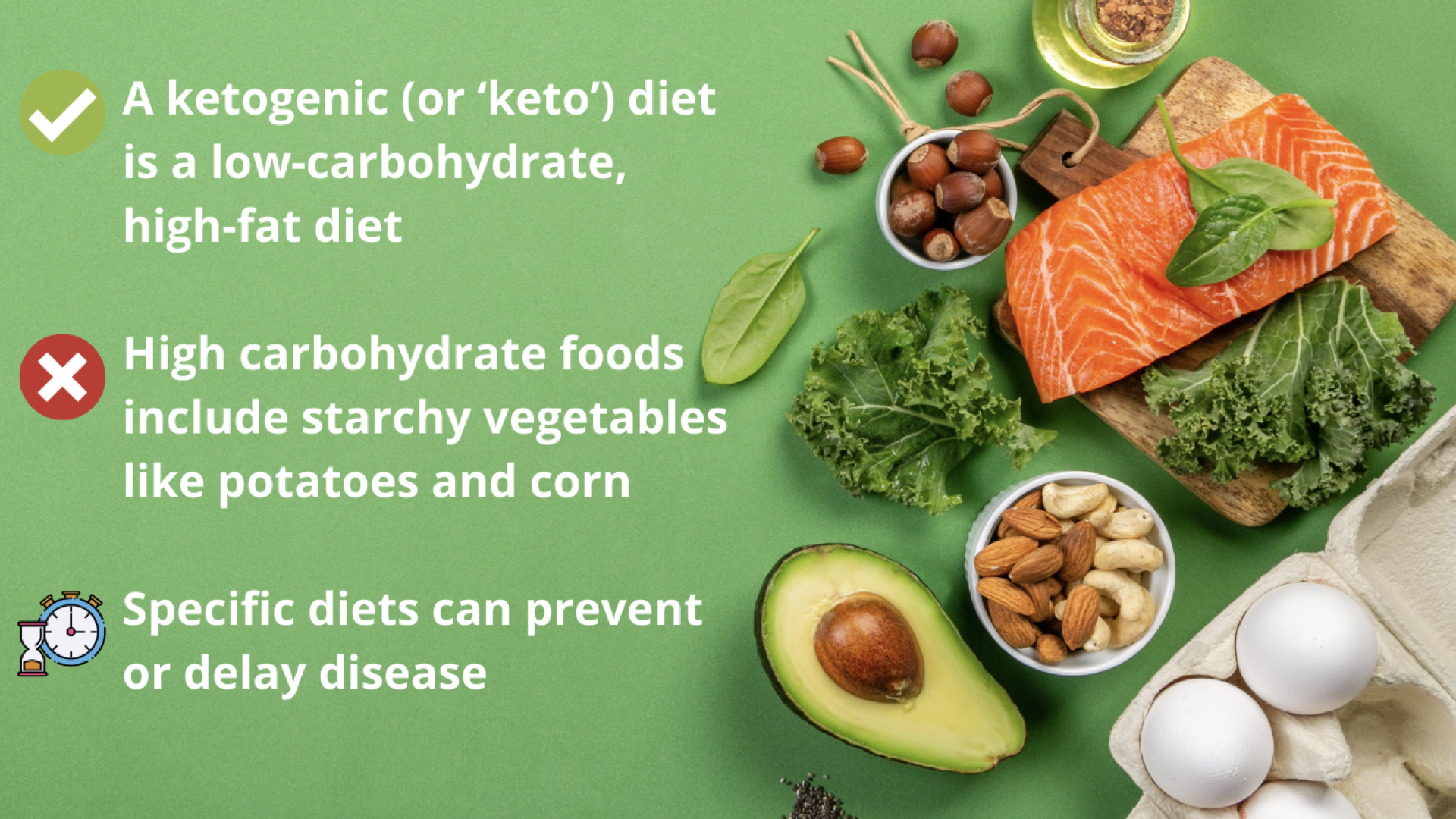 Well, it is a low-carbohydrate, high-fat diet. Now, high carbohydrate foods include starchy vegetables like potatoes and corn, and essentially the whole point of having a high-fat ketogenic diet is that this is to change your metabolism. And the point of the research is that we already know that certain diets have an impact on disease. We know that undertaking exercise with a balanced diet is beneficial to long-term public health. That's was one of the reasons I do these live streams each week, to bring you breaking research that you can use.

So what did these scientists discover?

Well, they used next-generation sequencing, which is something that is increasingly being used to work out with high precision, exactly what type of microorganisms are growing in particular locations within the human body. And so if we look at the various different aspects of this particular research, we have to start at the beginning and recognize that 40 million people are suffering from dementia and Alzheimer's per year. And even though there are protocols that medical practitioners can offer sufferers, there is no way to prevent or reduce the longterm impact of these brain decline or memory cognition problems. 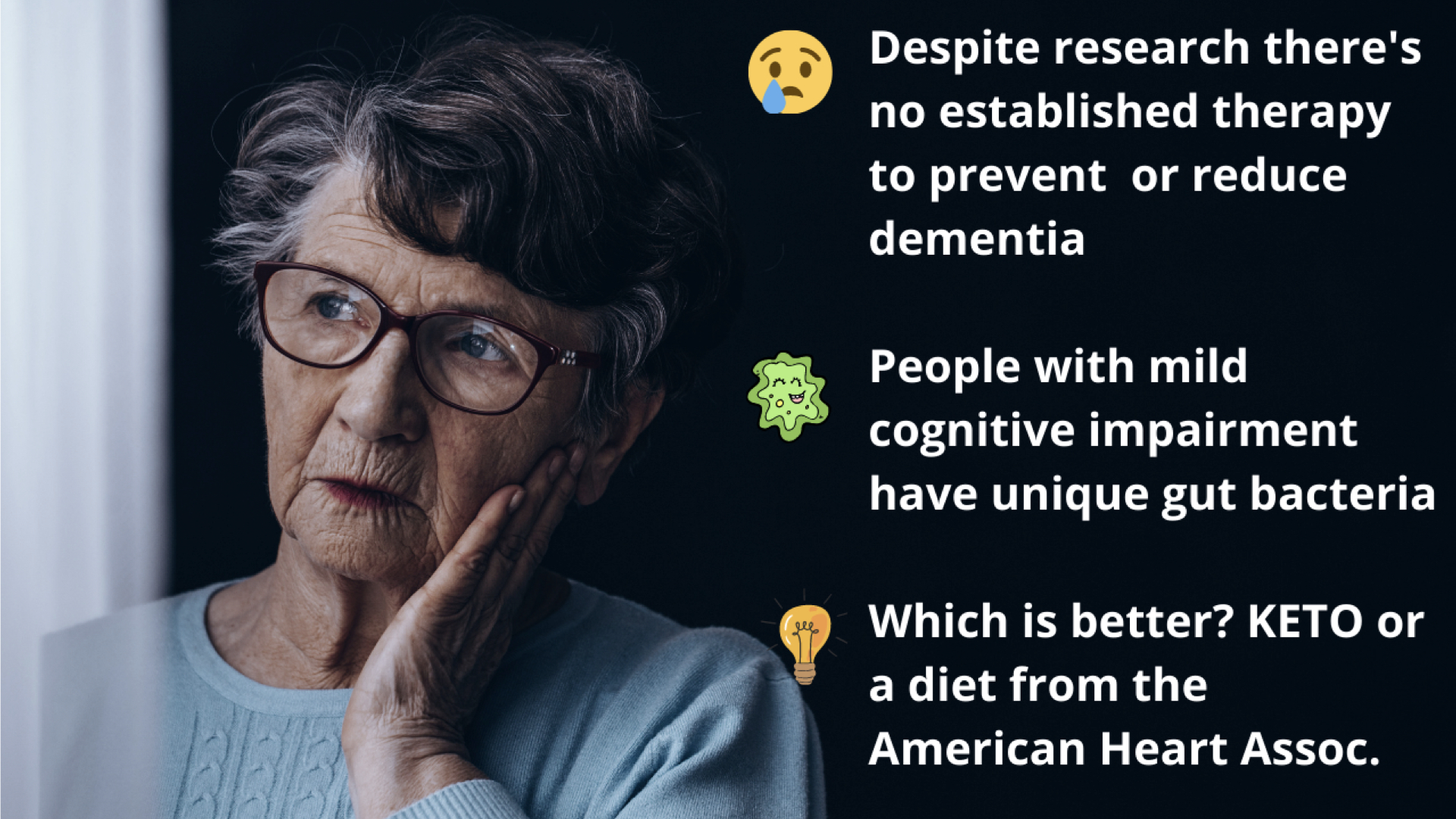 And so what the scientists wanted to look at in this publication was whether or not adopting one of two diets could influence not only the microorganisms that they were able to work out what was going on in the intestines of the people, but they wanted to work out whether this was correlated with markers used to measure things like inflammation or worse brain function. And so what they did is that they did a double-blind crossover experiment. And essentially what that means is that they got two groups of people, those that had mild brain impairment, and another group, which were cognitively normal. And neither the principal researchers, that is those who designed the experiment, or the people who met with the subjects knew which of the diets, the two groups of people would be fed. And then they tested them before and after six weeks on this diet. And you know what they found?

Well, as I said, they wanted to work out whether or not the ketogenic diet offered benefits over the American Heart Association diet. And what they were looking at was whether or not this was linked with these biomarkers. And guess what? They found that yes, some fungi were indeed linked with markers for cognitive impairment, but more importantly than that, they were able to work out that the diversity of fungi had a correlation with the bacteria. And so there is this relationship between the bacteria and the fungi going on, and that this is significantly influenced by diet. And if I read from the conclusions made by the research, fungi such as Cladosporium are overwhelmingly linked with dementia symptoms. 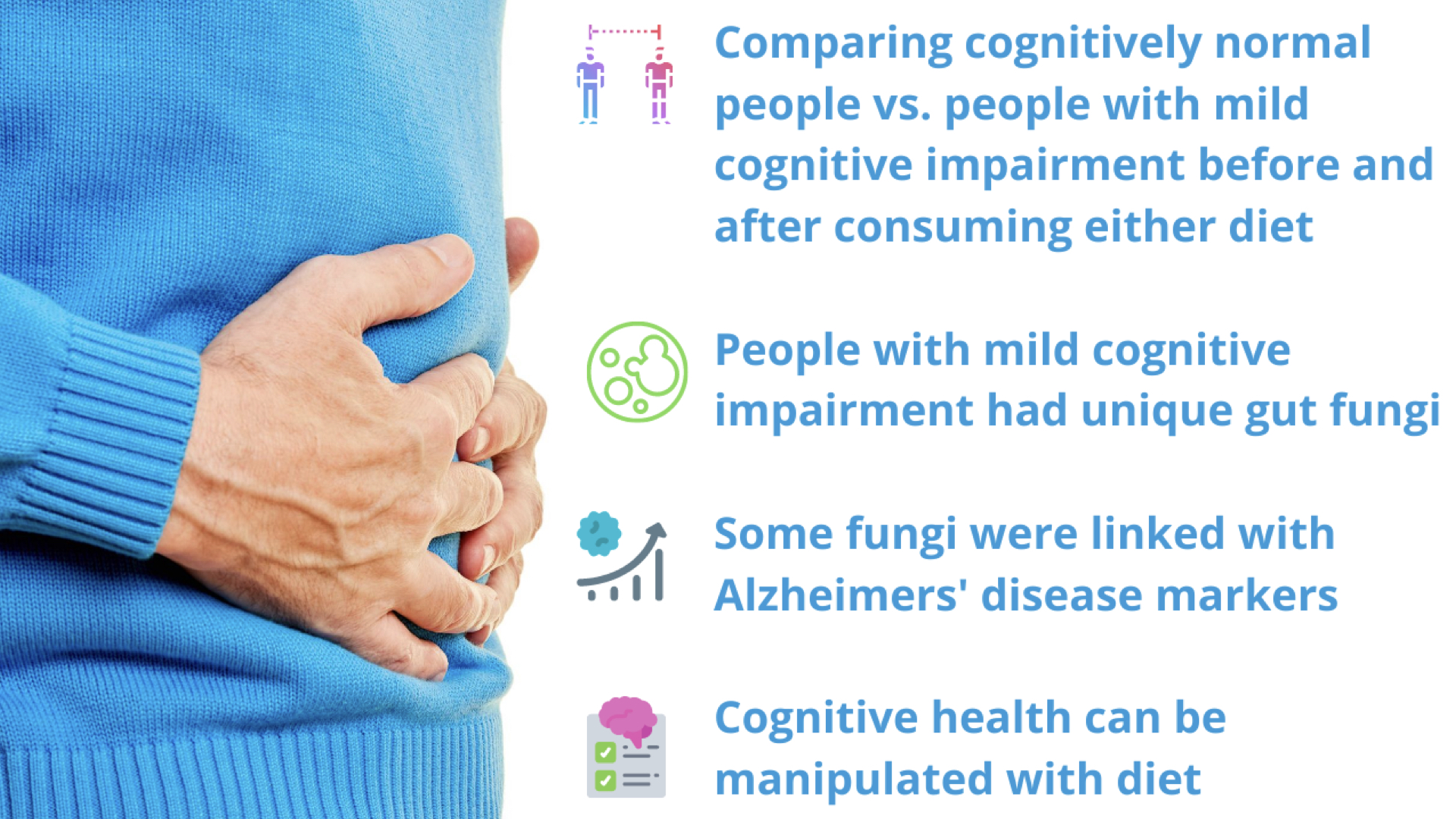 Now, you can read it for yourself here, and it's something I really wanted to show you because this is a significant finding. It's a wonderful paper. Look, I can't stop picking it up. There's some really great science here. I encourage you to have a read, but the take-home message is that the ketogenic diet, regardless of its other health benefits, or supposed health benefits has a strong connection with brain health and that is a good thing.

So next time you're considering reaching for that packet of chips or that sweet or candy, think of the ketogenic diet. Maybe look it up and consider adopting this, especially if you want to deliberately interfere with your gut microbiome for positive brain health.

Thanks for watching. My name's Dr. Cameron Jones. I'd like to ask you to follow me and subscribe on my YouTube channel or on Facebook. In any case, I'll be back next week. Stay safe, have a great week. Bye for now.