Censorship of Mould Illness in Finland 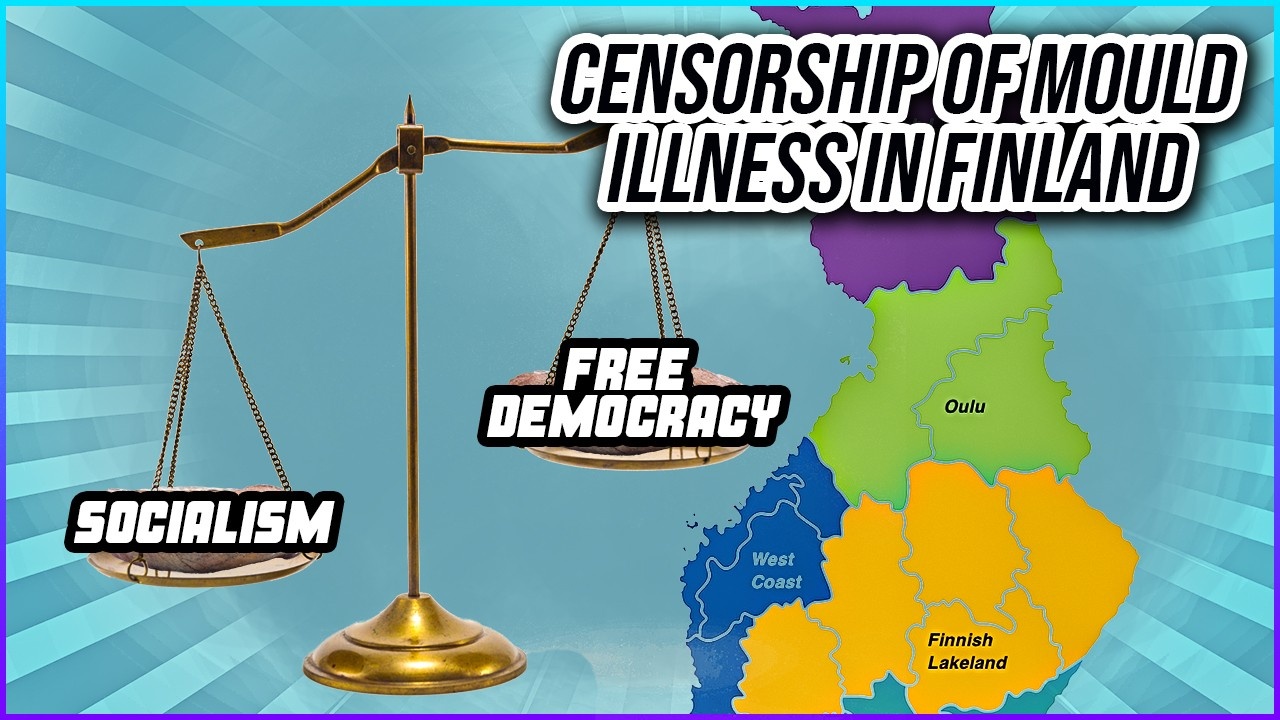 This week on The Mould Show, I'm going to be talking about censorship of mould illness. And to do this, we’ll be reviewing a paper that came out earlier this year that focused on the situation in Finland. Essentially, this is a battle between free democracy and socialism and the impact that politics has on contemporary scientific thinking and the dissemination of applied science into the wider community.

So, what's this all about? Well, most of us understand the connection between bad indoor air quality and water damage and how this can impact our health. However, I'm always amazed when people try to negate this connection between environmental exposure and illness or outright deny the scientific facts.

This is very perplexing because on the one hand, when the mainstream media is considering carbon credits, or net-zero, they seem to have no trouble linking the slightest change in the environment with some type of consequence to someone somewhere.

In certain socialist, corporatist European countries like Finland, mould related illness has become highly politicized. And today we're going to be reviewing a paper put out by Professor Tamara Tuuminen in May/June 2021. She is a very courageous scientist and doctor who discusses the fact that even though the epidemiological literature shows an overwhelming consensus that mould induces a multi-organ symptomology way beyond just the sniffles - that many government and corporate institutions in her country of Finland deny this link.

She discusses the Government Department of Health and Welfare as well as the Finnish Institute of Occupational Health as two of the key institutions that aim to deny mould as a real environmental illness. Her paper discusses how this is achieved using corporatist special interest groups and educational bodies who often position themselves as independent opinion leaders. In many cases, they are far from unbiased and can demonstrate corruption by not disclosing hidden conflicts of interest or selectively quoting only those academic works of literature that support the government or corporate agenda.

In the Livestream, I'm going to present evidence as far back as 1964 showing that this approach is patently false, and any non-brainwashed person can easily verify these facts for themselves. DYOR and it quite easy then to connect environmental illnesses connected with mould and the many very real physiological problems that can ensue.

I'll also discuss how the Finnish attempt to use mindfulness exercises and referrals to psychologists or psychiatrists, instead of addressing the fundamental problem of indoor air quality and building damage. Contemporary, mainstream narrative protocols instead blame the person for the sickness and from a clinical perspective, attempt to retrain the patient’s brain to remove the stressful situation.

I hope you'll join with me and watch the live stream or download the podcast which touches on multiple areas of contemporary #FollowTheScience and #Censorship of science and how this has become politicized.

I’ll conclude with some recommendations that you can follow to minimize this bias to get at the ground truth and let the science help rather than hurt you.