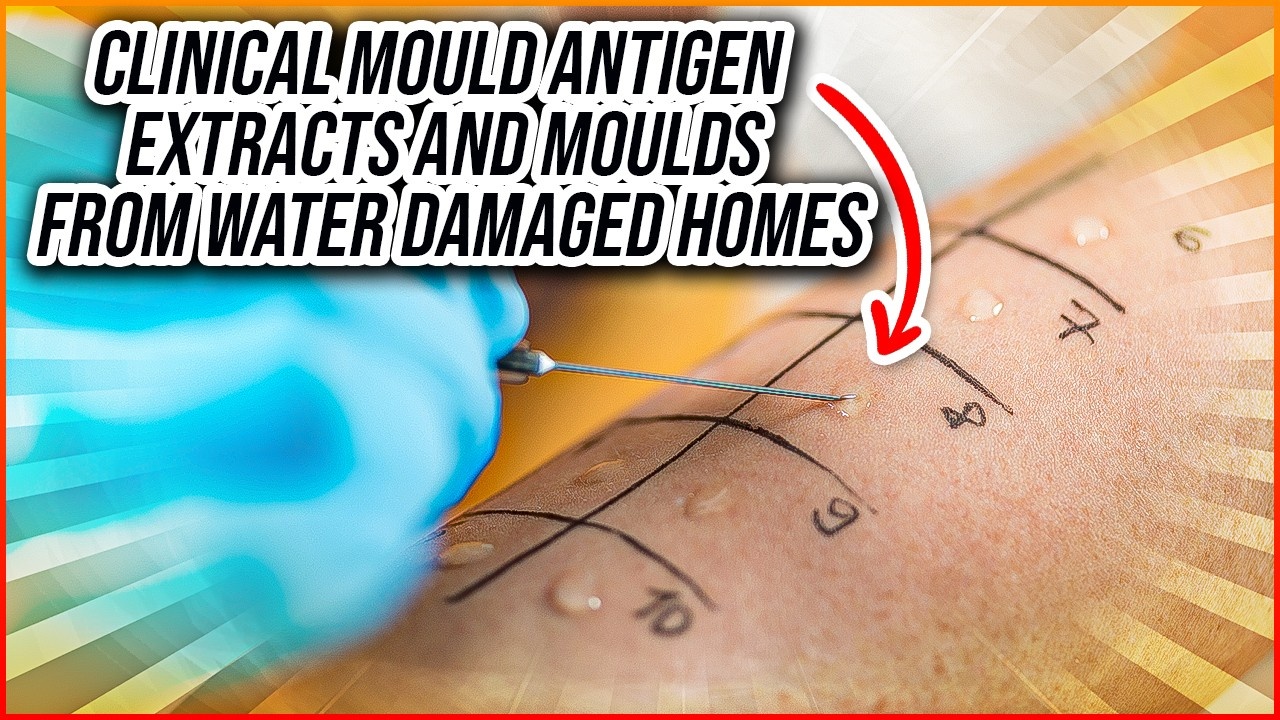 According to a new study just published on November 17, by the American Thoracic Society, there is a misalignment between available clinical mould antigen extracts and the actual levels and types of airborne fungi found in water-damaged homes. What does this mean? According to the paper, there are five key reasons why indoor air sampling is used. These include (1) health concerns by occupants, (2) visible fungi, (3) known water damage or dampness, (4) smelling a mould or musty odour or (5) proactive evaluations. Proactive evaluations include pre-purchase inspections or quarterly or annual preventative air samplings.

Common health concerns from mould include asthma, allergic rhinitis, wheeze, cough, shortness of breath, or hypersensitivity pneumonitis, headache, eye and skin problems and other health issues. It is reasonably well known, at least by the integrative health community, that exposure to moulds and other fungi is correlated with a range of allergic and pulmonary diseases in susceptible individuals.

Allergy is often tested using antigen extracts. The paper we're discussing today shows that the available antigen extracts are not well matched to the types of fungi that are commonly found indoors.

Allergic sensitization is measured in vivo by something called the skin prick or intradermal testing method or by serological testing against a panel. Fungal antigens are therefore used to determine reaction and it is an important clinical diagnostic that supports environmental inspections.

It is also known that environmental remediation is correlated with improved outcomes of hypersensitivity pneumonitis and asthma. But linking these conditions with buildings relies on either the environmental inspection or the clinician being able to prove the allergy using fungal antigens.

This important paper shows that the actual spore counts in the air reveal exactly which fungi are most likely to induce allergy.

The research reviewed nearly 25,000 indoor air samples from over 7,500 mould affected or complaint homes and compared them against nearly 30,000 outdoor air samples. It was found that the Penicillium fungus was the dominant Genus in water-damaged homes and was more common than Aspergillus.

Overall five important Penicillium Genus fungi and three Aspergillus Genus species were identified as the predominant indoor water damage related fungi. Notably, none of the Penicillium species and only one of the Aspergillus species has a clinical antigen extract available for skin testing or serum testing.

The conclusions show variously that commercial production of additional antigen extracts is required and that air spore count measures are fundamentally important to determine the risk level of the indoor air versus the outdoor air.

So, what is healthy air versus unhealthy air? The researchers review the recommendations put forward by the American Industrial Hygiene Association (AIHA) who state that higher indoor versus outdoor mould levels, determined using either viable Petri plate culture or spore trap air sampling should be considered as unhealthy.

Where the combined concentration level of Penicillium/Aspergillus fungi in the indoor air is greater than 200 colony forming units per cubic meter of air (CFU/m3) higher than in the outdoor air. This may be an appropriate evidence-based benchmark.

This research concludes by stating that the accuracy of clinical detection of mould sensitivity can be significantly improved by (1) adding new antigen extracts for the predominant species of Penicillium and Aspergillus commonly identified in damp and mould affected homes and that (2) this will lead to improved outcomes for individuals who suffer from mould related conditions so that (3) timely environmental interventions such as (4) patient relocation and or (5) mould remediation when required can be implemented as a (5) critical component of disease management to improve the outcomes of asthma and hypersensitivity pneumonitis in the built environment.