How severe weather can damage your home in hidden ways, and what you can do to protect yourself 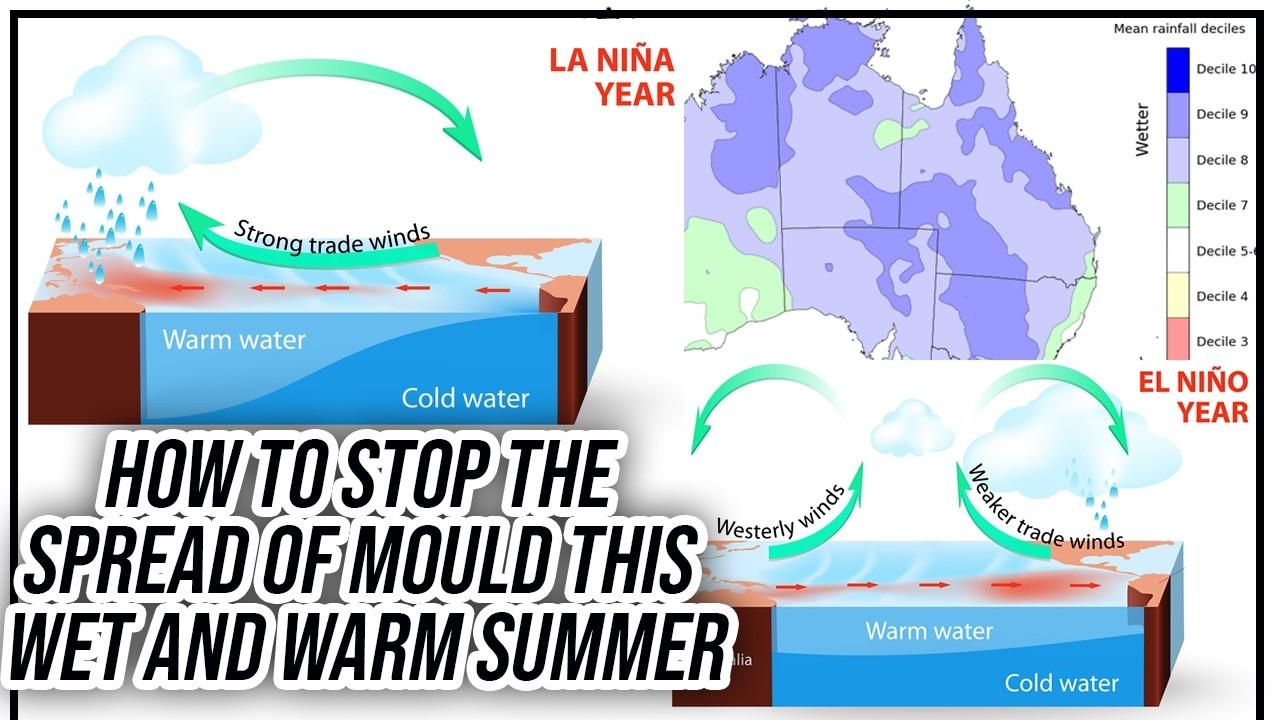 Severe weather is becoming increasingly common as the effects of climate change bring wetter and warmer summers, along with more freak events such as cyclones and flash flooding. In Australia, the effects of El Niño and La Niña are a combination of ocean and atmosphere frictions. Amidst this, properties are at risk of costly damage, yet it may not be a monsoon or lightning that causes you or your property harm - it could well be mould.

Water damage and the potential for subsequent mould is something that many of us have had to deal with at one time or another, but water damage from a storm or flooding raises a whole host of additional problems. Primarily, the source of the water can determine how much of a health risk the mould can pose to us.

Category 1 water is clean, such as from a leaky pipe or overflowing bathtub. It is unlikely to produce unexpected mould growth, however the longer it is left untreated, the higher the risk becomes.

Category 2 water contains a greater amount of chemical, biological or physical contaminants, such as water from an empty toilet bowl or a dishwasher. Often called grey water, it has microorganisms and nutrients that can facilitate the growth of potentially harmful moulds.

Category 3 water, often called black water, is unsanitary and unsafe. It contains harmful bacteria and fungi comes from sewage, seawater, drains, rising water from rivers or streams, ground surface water or toilet backflows. These can all be caused by severe weather. The vast quantity of microorganisms naturally present in black water means that any kind of contamination within the home is likely to result in microbial growth, which poses a serious risk to health.

Additionally, mould can often grow in the places we do not suspect or can’t easily reach, such as hidden behind plasterboard or in wall or roof voids where there is water damaged insulation. It can also easily grow under leaky bathroom or shower bases or underneath breached waterproofing on balconies.

Because of this, identifying mould growth is hugely important, so it’s a good idea to inspect your property after severe weather. Other than visibly seeing it, one of the best ways to know if you have mould within the home is by its smell. Fungi give off characteristically pungent odours called microbial volatile organic compounds (mVOC’s), and having an expert investigate is a fast-track way to get the mould under control.

So, what’s the best course of action to take after a spell of severe wet weather?

Getting fresh air flowing throughout the property is a great start, as this will help remove any moisture from the air. Open doors and windows, but mechanical ventilation offers better control of the location and can dehumidify at the same time.  Check the age of any filters for better particle filtration as this will ensure that any equipment is working at its best. Similarly, removing any standing moisture from surfaces and carpets as soon as possible will help to prevent mould growth.

If any mould patches do emerge, then treat them quickly using a chemical disinfectant and regularly maintain mechanical ventilation if possible. Monitor and inspect for any odours from hidden mould or water-damaged areas that may need drying or remediation.

Moreover, improving drainage inside and outside your property will help to remove any lingering water more quickly, reducing the chances of mould to begin growing. Performing regular building maintenance by checking the guttering and all wet areas, including bathrooms and kitchens, will ensure that your home is as mould safe as possible, and may even spare you an expensive repair bill further down the road.

By being vigilant and knowing what to look out for you, can make sure that your home and your health can weather even the wettest of summers.