How to wash your clothing if you suspect mould? 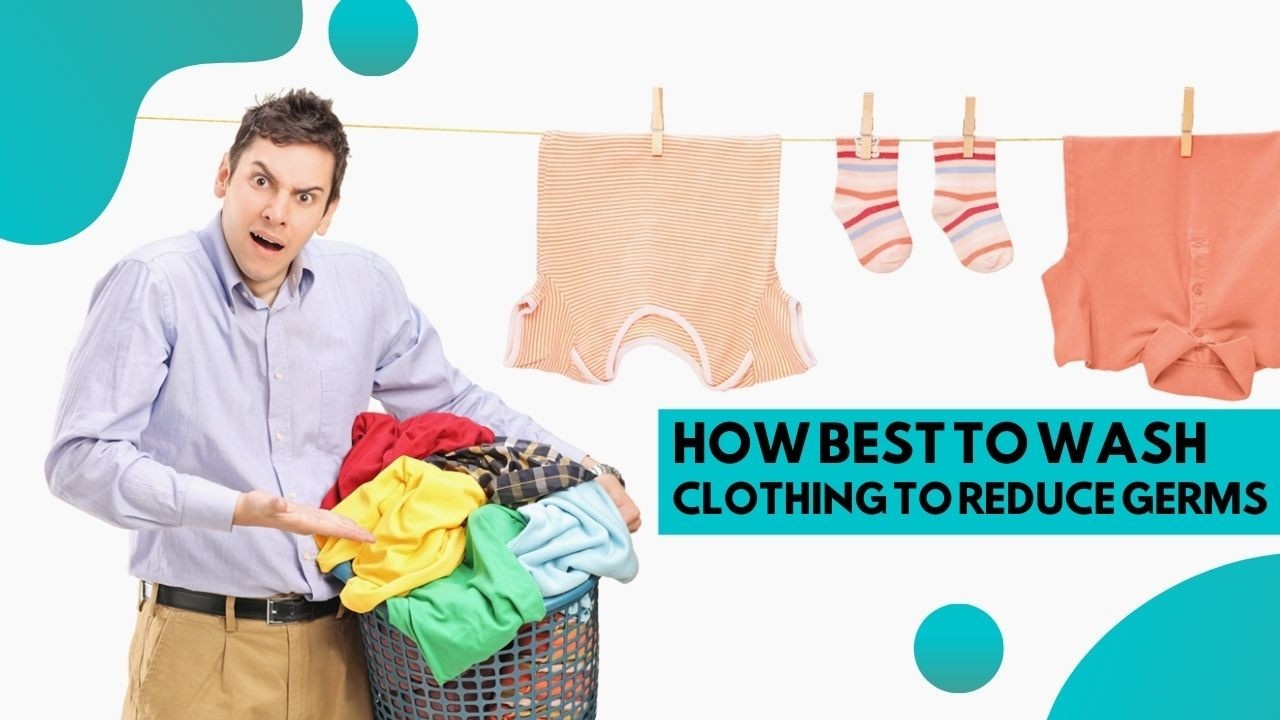 Have you ever thought about what grows on your towels after a few days? Dampness left behind plus skin cells we shed naturally allow germs to grow and could cause them to smell. Bacteria and fungi are capable of surviving on fabrics for months. This can result in clothing and bed linen, as well as towels, becoming sources of infection for others.

Textile contamination and laundering have been extensively researched, especially with regard to the SARS-CoV-2 virus pandemic. Studies have shown that the SARS-CoV-2 virus can remain infectious between 5 minutes and 24 hours on cotton. It’s not difficult to see how this can be important in the current pandemic.

Looking at typical fungi, like Aspergillus, Fusarium, Mucor, and the yeast Candida, they can survive from 1 to 30 days on cotton, terry towelling, and even spandex. Studies have also shown that Staphylococcus aureus can survive on cotton for 3 weeks, faecal coliforms can survive for up to 4-months on cotton, and cotton fabrics absorb moisture to a greater extent than synthetic materials.

Given that microorganisms can survive on fabrics, hospital-acquired infections or HAI’s as they are known are a leading cause of complications for hospitalized patients. For example, the prevalence of HAI’s is estimated to be nearly 8% in developed countries and between 6-20% in developing countries. These HAI’s arise principally from the person’s own microflora and this can be transmitted from the skin to other surfaces.  This is then termed fomite transmission.

Even within our home environment, an area of concern that can cause contamination is the fact that something called faecal plumes are produced when toilets are flushed. The bioaerosols arising from the toilet can be deposited onto porous materials, like towels and even toothbrushes if they are left out.

We often don’t think about this, but the turbulence created from toilet flushing can generate a mass of bioaerosols. This becomes a public health threat, as we have seen with SARS-CoV-2, with the fact that the virus can be identified in wastewater treatment plants after being flushed into the wastewater of the city.

This can also extend into gyms and public facilities, where the use of jet dryers or warm air dryers can contribute to the aerosolization of bacteria, yeast, and fungi. This aerosolization is far greater than when paper towels are used.

Due to these aspects of textile contamination, it becomes important to look at the distinction between domestic and commercial laundering.

The overall cleaning performance of any laundry cycle is determined by the temperature, the use of detergents or disinfectants, the mechanical action of the washing cycle, and the contact time.

For laundry, the general recommendation involves a washing temperature of 60 degrees Celsius for the washing cycle, which should be followed by tumble drying. Studies have also shown that ironing of clothing after tumble drying is an important method to reduce the number of bacterial and other microbial colonies.

Looking at commercial laundry washing at home, research shows that washing may occur at lower temperatures, being reduced to 30-40 degrees Celsius. The reasoning being that this lowering will reduce potential damage to clothing. Studies have also found that at these lower temperatures, the risk of laundry malodour and contamination is more common. The takeaway is, the higher the temperature, the greater the killing efficiency.

In regard to domestic laundry, washing at 60 degrees Celsius for at least 10 minutes is sufficient to decontaminate even hospital uniforms and reduce the bacterial load by more than a seven-log reduction. Just to clear, this means that the number of bacteria/germs is 10,000,000 times less. Building on this, the use of detergent is beneficial at reducing and removing even methicillin-resistant Staphylococcus aureus and these levels can be further reduced by ironing.

A key point regarding domestic washing machines is that it should be recognized that they are often colonized with microorganisms that deposit onto textiles. So, people should check the seals, since black yeasts have been found to preferentially colonize these rubber materials. Another problem with home washing cycles is that they often may fail to reach desired temperatures.

Fungi, yeast, and bacteria can contaminate and grow on towels from many sources. So, remember when washing: minimum 60 degrees Celsius, 10 minutes, use detergent, tumble dry after, and then iron.