IAQ: The Relationship Between Indoor Air Quality And Happiness 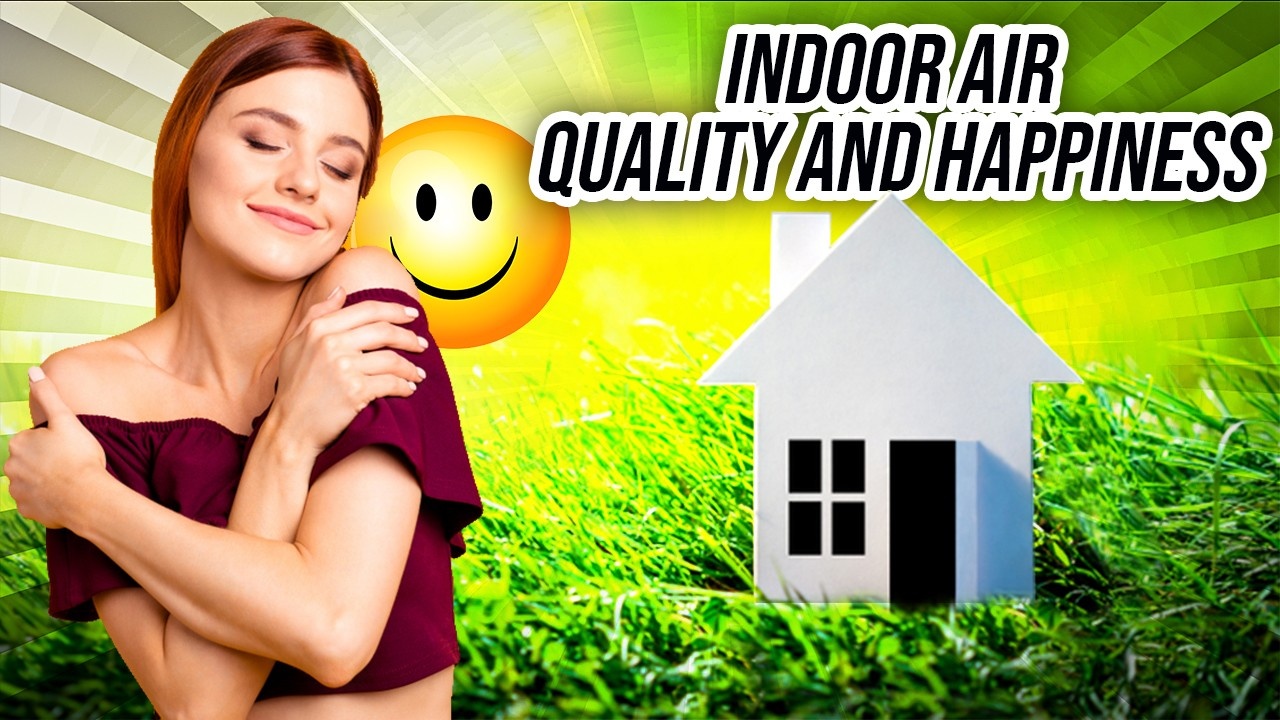 Studies have shown that people are healthier, more comfortable and more productive in structures with good indoor air quality (IAQ). The American Society of Heating, Refrigerating and Air-Conditioning Engineers defines acceptable indoor air quality as air in which there are no known contaminants at harmful concentrations as determined by cognizant authorities and with which a substantial majority (80%) of the people exposed do not express dissatisfaction. Happiness is directly related to a sense of purpose and a sense of contentment or wellness and self-awareness is related to longevity.

These indoor air contaminants could be particulates, vapours and gases generated by occupants and their activities. They can also come from building materials, furniture, equipment and appliances present in indoor space, operations and maintenance activities, or brought in from outside. Indoor pollutants include certain gases such as radon, carbon monoxide and carbon dioxide; volatile organic compounds like environmental tobacco smoke, formaldehyde, solvents and fragrances; bioaerosols such as mould spores, pollen, bacteria, animal dander; and particles from buildings, furnishings and occupants like fibreglass, paper dust, lint from clothing, carpet fibres and so on.

Be that as it may, I've had a first-hand experience as an indoor air quality and mould inspection expert not only about the huge impact of moulds and water damage on people’s property but also the emotional distress these things can cause them.

I was struck during a recent inspection of a new property where the homeowners – a couple – met me as I approached their home under construction. It was still a building site and I was there to meet with the homeowners and the builder to do a frame inspection. This was because the frame had taken on a lot of water during construction and was now visibly affected by mould.

During the time I was on site, the husband's eyes were filled up with tears on multiple occasions and his wife was so angry she couldn’t even set her foot on the building site. The man told me that the stress of these mould issues had led his wife to depression.  I witnessed him becoming emotional – exasperated and angry – when we were touring the water-damaged frame and he expressed his fears for his family if they moved into a mould-contaminated property.

According to studies, there exists a huge relationship between emotional wellbeing and particulate matter pollution, and a very strong numerical relationship between mould spore counts, the presence of water damage, including hidden mould, and measures of particulate matter in the PM 2.5 and PM 10 size range. And as the concentration of PM 2.5 particles in the air increases, levels of happiness decrease. As the concentration of PM 2.5 pollutants increases, levels of tiredness, stress and sadness all increase. That's quite a riveting set of results that were obtained in an urban city environment in the United States.

Then there’s also a correlation between patterns of thoughts, feelings and behaviours. A research study involving a group of Chinese students found the air pollution index was directly connected with feelings of psychological distress as well as feelings of self-esteem and a reduction in feelings of self-satisfaction.

The following often-overlooked neurotransmitters work together to control happiness. They can impact on our emotions, moods, feelings and behaviours. When indoor air quality is compromised, then you may experience potentially altered states of thinking, feeling or behaviour.

Mood is a characteristic (habitual or relatively temporary) state of feeling. It can be summed up with the acronym DOSE. Each of these letters stands for a particular chemical messenger.

Dopamine is a chemical messenger responsible for our anticipation of a reward. For example, small wins at work or at home increase levels of dopamine. This also occurs when we expect to receive a reward. Levels of dopamine can even be increased by thinking back to reward-generating memories. We can control our levels of dopamine, to some extent, through a healthy diet and increasing our intake of almonds, avocados, bananas, Tumeric and vitamin D.

O Is For Oxytocin

Oxytocin is a hormone neurotransmitter and is often referred to as the love hormone and increases when we’re trusting, or have empathetic emotions. It’s also known to increase during childbirth. It strengthens bonds, like fidelity within a couple, and leads to feelings of warmth, trust and altruism. Unfortunately, when the stress hormone cortisol goes up, oxytocin goes down.

Serotonin is a chemical messenger responsible for exercising our willpower and gets switched on when we feel respected by others. Exercising new habits also increases serotonin levels. Serotonin also regulates our appetite and is connected with good sleep. It's regulated and enhanced by exposure to sunlight, vitamin D, behaviours like exercise or movement, and touch events like a massage.

E Is For Endorphin

Endorphin is a chemical messenger often called the feel-good chemical because it comes from the words endogenous, meaning from inside the body, and morphine which is intimately connected with pain relief. So, our endorphins – our natural pain relievers – are released in response to pain or stress and are released during activities like eating food and sexual activity. Endorphins are natural reward circuits. They minimize discomfort and maximize pleasure, allowing us to continue functioning despite illness, injury or stress. Activities that boost creativity, cause us to laugh and make us exercise and, even acupuncture, can all stimulate levels of endorphins.

Remember next time you feel particularly sad about your experience with mould exposure or fears about your water-damaged building, you might want to give some thought to how the mouldy environment is impacting on your exposure to particulate matter, PM 2.5 and 10, which in turn is connected to the four dominant neurotransmitters: dopamine, oxytocin, serotonin and endorphins.

It’s, therefore, necessary that we also address the emotional wellbeing of people exposed to water-damaged buildings and not just their medical symptoms like allergy or hypersensitivity.