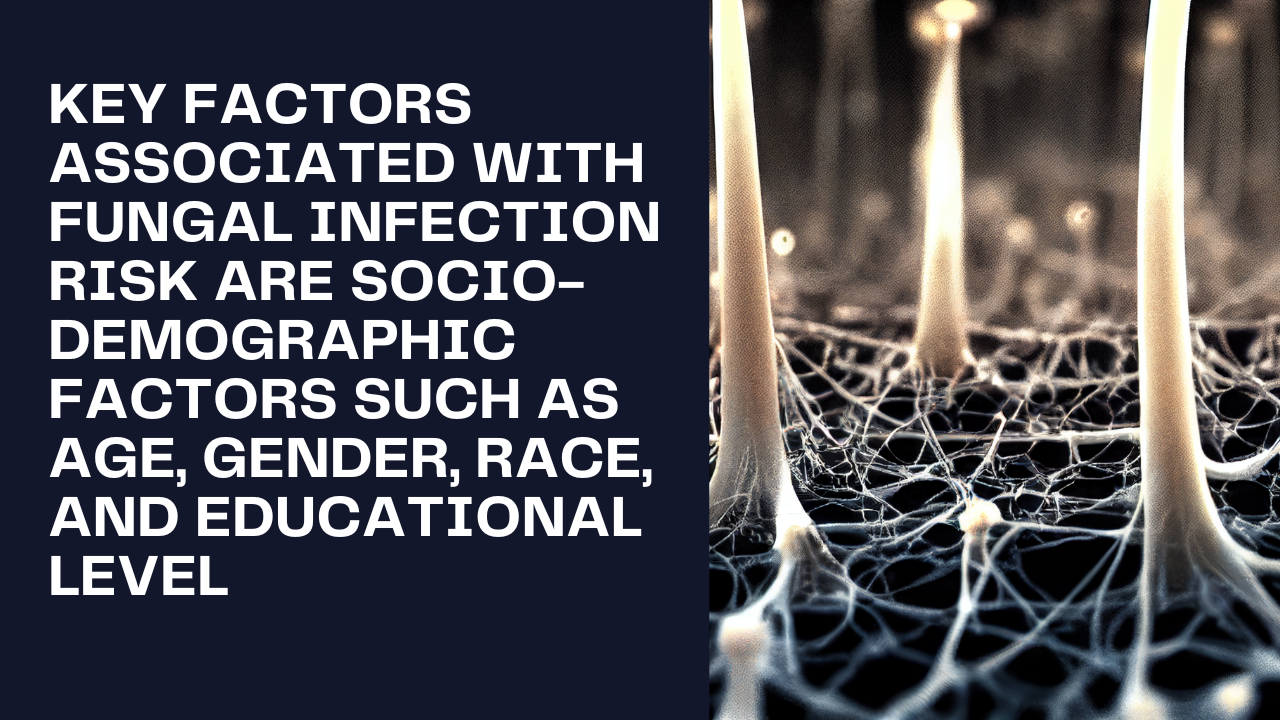 Every year, fungi cause millions of deaths and tens of millions of infections around the world. In immunocompromised patients, fungi are mostly opportunistic, causing moderate to severe illness. Fungal infections are also linked to higher illness rates and high healthcare costs. The risk of serious fungal infection is decreasing, largely due to a reduction in HIV-associated infections. However, patients with certain underlying conditions are increasingly being affected by infections.

The effects of race, ethnicity and socioeconomic status on fungal infections and associated patient outcomes have increased in healthcare settings. Previous research has shown a link between health disparities and fungal infections.

This research looked at the demographic and socio-economic factors connected with fungal infection risk in the United States up to 2019. The researchers used hospital discharge data from the Agency for Healthcare Research and Quality's National Inpatient Sample (NIS), Healthcare Cost and Utilization Project (HCUP), and Healthcare Cost and Utilization Project (HCUP). NIS is the largest database of US hospitalization data, covering more than 96% of the population. Hospitalizations are included in HCUP data rather than individual patients.

WHAT WAS LOOKED AT

To identify at-risk patients and invasive and noninvasive fungal infections, codes from the International Classification of Diseases, 10th Revision (ICD-10) were used. Patient records provided information on sex, race, and ethnicity. Every year-end income quartile (Q) is predefined in the HCUP dataset using an estimate of the median household income in US dollars of residents living within a patient's postal code.
The scientists then classified age groups as pediatric (0-17 years of age), adult (18-64 years of age), and elderly (>65 years of age). They defined urban-rural status as previously described (22), and counties with more than 50,000 people were considered urban. Male patients were 1.5-3.5 times more likely than female patients to have invasive fungal infections diagnosed. Cryptococcosis, pneumocystosis, and coccidioidomycosis were 1.4-5.9 times more common in black, Hispanic, and Native American patients.

FUNGAL INFECTIONS AND RISK AND AGE

FUNGAL INFECTIONS AND RISK DEPENDS ON URBAN VERSUS RURAL ENVIRONMENT

We looked at the rates of fungal infection diagnoses in hospitalizations based on race and ethnicity, as well as socioeconomic status.

The findings are interesting from the USA, but the data may understate the true burden of fungal illness in the United States and in other countries like Australia. Many ICD-10 codes for fungal infections are unclear in terms of their sensitivity and specificity, so misclassification is possible.

In conclusion, this research presents a comprehensive overview of fungal infections and associated risk factors among hospitalized patients. The findings show that demographic and socioeconomic factors influence differences in fungus infection diagnosis rates.