The Truth About Having A Mould-Free Home In Humid Climates 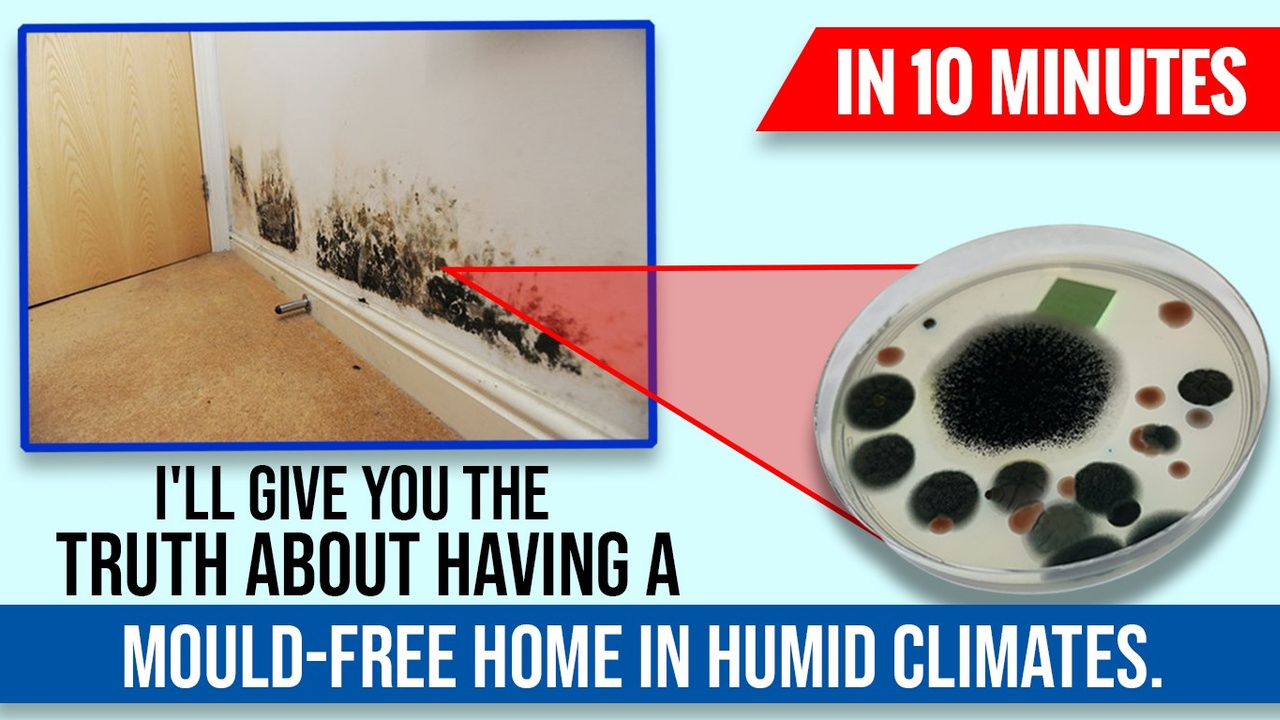 Do you know that the most humid parts of the world are Kuala Lumpur in Malaysia; Jakarta, Indonesia; and Singapore, all in South and Southeast Asia as well as Darwin in Australia? Do you also know that, on average, people in Hong Kong stay indoors for over 80 percent of their day because of their humid climate?

This underscores the need to maintain an indoor living environment that is free of mould because of the huge challenges of living in a humid climate.

So, it's important to realize that the potential for mould is higher in humid climates. This is because the water vapour from the air can condense out onto surfaces and provide a water source for mould to grow.

In case you don’t know the meaning of mould, biologists define it as a fungus that grows in the form of multicellular filaments called hyphae that form a mycelium.  This is a network that might also give rise to a fruiting body, which is the familiar mushroom stage for some fungi. Fungi are everywhere, and a normal part of the ecosystem, but they do tend to like growing on damp or decaying matter.

According to building engineers, mould is classified indoors depending on the propensity of the material to support fungal growth. In a building, mould has four possible growth substrates and can be found on one or more of the following places:

There are some measurable factors, used as part of “mould growth models," that can help understand the growth of moulds indoors. They include:

Although mould poses a great risk, especially to those living in humid climates, there are still some practical control measures that can be adopted to stop the growth of mould or reduce its impact. They include the control of moisture, nutrients and temperature.

The whole aim of reducing moisture inside a building is to minimize the use of this water by the fungal spore for germination and to sustain the mycelial network once it starts growing.

The World Health Organization recommends a relative humidity of 75 percent. This should be sufficient to retard mould growth indoors. However, the US EPA criterion of 30 to 60 percent relative humidity tends to be more practical and also results in fewer examples of visible and invisible mould in people's homes.

Be that as it may, there's some interventionist potential in the use of mechanical dehumidifiers as well as desiccant dehumidifiers to remove moisture as quickly as possible.

We need to maintain dust-free indoor living environments, which will include regular cleaning. But the age and quality of maintenance over time leads to wear and tear. And this also impacts on the “roughness” of different surfaces and how they support mould growth or moisture.  Think of this as how easily does the surface absorb or resist moisture?  There may also be areas of a building that have limited access, meaning that cleaning can’t be efficiently undertaken. And the presence of dirt and other biofilms retards the ability to clean.

It’s important to recognize that most fungi have temperature optima of between 25 to 30°C. As such, air conditioners should be used to limit indoor temperature to around 20°C.

However, running air conditioners 24/7 is capital intensive and can add significantly to the cost of managing buildings, especially large apartment complexes. So, many building engineers have looked at the feasibility of reducing or changing the on/off cycling time, for example, from 24 to 12 hours.

The aim here is to introduce stress on the fungi. And there’s some emerging literature that cycling dry/wet or on/off air conditioning does retard the growth of fungi in the petri dish, due to stress, but scaling this up to the whole of a building utility hasn’t been proven yet.

But again, research has also shown that there’s some potential in using nanoparticle and heat reflective paints to regulate room temperature and control mould growth.

So, if you’re concerned about the presence of mould in your home, you should take the following precautionary measures: