Watch Out: How Fungi Are Taking Over Nail Salons and What to Do About It. 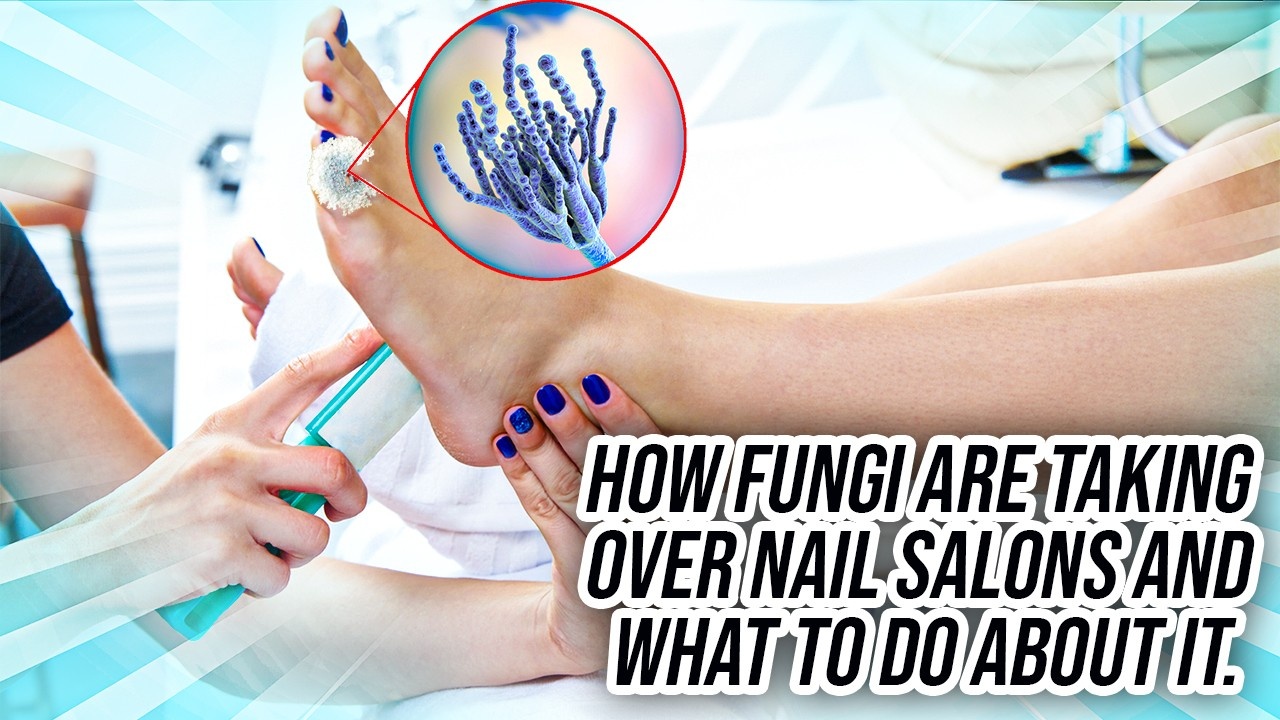 Emerging research is shining a light on foot and nail dust and the presence of fungi in both fungal-infected as well as healthy-looking nails. This research shows that while the majority of healthy people can tolerate inhaled fungi, the immune systems of older, potentially immunocompromised and allergy-prone individuals often react to this foot and nail dust through the inflammatory TH2 pathway. This can lead to an overproduction of mucus, bronchoconstriction and, in severe cases, lung tissue damage.

A June 2021 study published in the Journal of the American Podiatric Medical Association shows that exposure to dust, including fungi by nail technicians and foot specialists, is a very real but hidden problem. These workers often complain of allergies and other adverse respiratory symptoms at a much higher rate than the average population.

From the early 2000s, according to research, podiatrists, especially in the United Kingdom, exhibit four times the national prevalence of asthma, with nearly 40% of podiatrists who were surveyed reporting experiencing allergy.

The most common nail condition is called onychomycosis and is known to affect 5.5% of the global population. Symptoms include thickened yellowed nails and a crumbling nail bed.

Individuals with onychomycosis may turn to nail technicians and podiatrists to trim and file down their nails. This may also be used to improve the uptake of oral or topical antifungals. The latest research shows that podiatrists have a higher prevalence of antibodies versus the general population to the fungus Trichophyton rubrum, which is the most common fungal microorganism linked with onychomycosis.

Interestingly, podiatrists are also more likely than the general population to have Aspergillus fumigatus in their nostrils. This is also a common cause of onychomycosis.

The research reviewed other studies which showed that, in Australian podiatry survey, nail samples from medical patients were all positive for fungi, including dermatophytes at 86%, Aspergillus species at 94%, and Scopulariopsis at 40%. Candida were also isolated from the air in podiatrists’ offices. The reason this happens is due to the drilling and grinding of the nail and skin which creates aerosols, which can remain in the air from minutes to hours after completion of any procedure performed on the nails.

It’s therefore important that we understand the risks posed by particulate matter dust and fungi. It's known that inhaling fine particulate matter on a continuous basis can cause adverse health reactions, including lung inflammation in older or immunocompromised persons, and that these small particles can be deposited deep within the lungs. Note also that fungal spores are one to two microns in size generally, and also have the potential to reach deep into the lungs when inhaled.

It's reasonably well known too that fungi can cause asthma, which manifests as a bronchial constriction with airflow obstruction.

Fungal sensitisation, in contrast, involves an immune response without inflammation but with elevated fungal specific IgE or an immunoglobulin allergic response.

Other symptoms include fungal allergy, which does involve inflammation, with associated pulmonary tissue damage.

What then is the best way to reduce lung exposure to dust and fungi in nail salons? The best approach is to ensure that all personnel wear, at least, a medical-grade mask, and preferably a properly fitted n-95 mask. It's important to make sure that they fit well to reduce particle inflow.

It’s also necessary and advisable to reduce the amount of dust expelled by the Nile drill when it's being used. And for this reason, water sprays can be attached to the drill as well as air purification systems fitted to the air filtration H fax system, or even the use of portable paper purifiers, which should be installed in nail salons and podiatrists’ offices.

Proper maintenance of personal protective equipment, drill bits and the use of dust suppression systems to filter the air are all effective approaches to reducing the exposure risk for those undertaking work to the nail bed as well as other clients and staff in the nearby office vicinity.

While most healthy immune-strong foot and nail care professionals will not experience respiratory problems, it’s absolutely necessary for persons who are predisposed to allergies or who have compromised immune systems to take these simple but highly effective safety precautions to reduce the risks associated with inhaling fungi and chemicals in nail or skin dust.