What Is Dampness and Mould Hypersensitivity Syndrome, Anyway? 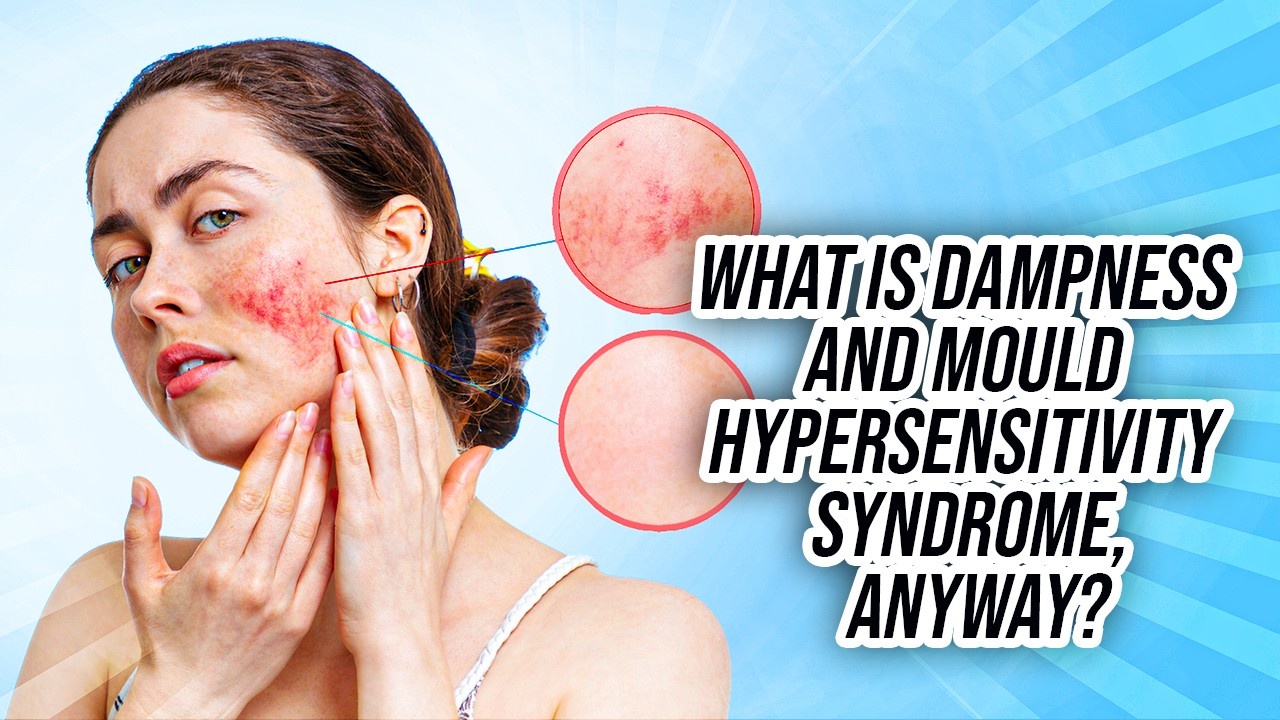 If you've ever found yourself having trouble explaining to someone why you just don't feel right inside that room or building, then you'll want to watch this.  Ok, you might just sneeze a little over springtime when exposed to pollen...but what if those types of symptoms happened to you every time you clocked in at work?  How do you make sense of this?  Sick building syndrome is a catch-all term that is often used to describe the constellation of symptoms that may occur if you react to this "something" indoors.  There's also the problem of long-term exposure.  If you're constantly exposed to a challenging environment, your symptoms may get worse.  That's the topic of the show today and will focus attention on what clinicians know lies beyond sick building syndrome.  I'll go over what they know about multiple chemical sensitivity, hypersensitivity and chronic fatigue.  The research shows that the duration of exposure along with other co-morbidities leads to a worsening of symptoms and an expansion on the clinical definitions of illness. I conclude with commentary on the important role of site testing and the need for microbiology data.  There's a self-serving reason why your insurance-led occupational hygienist or landlord or rogue builder might want to dismiss your claims about health and water damage and mould exposure.  There's also a simple argument against such self-serving claims.  That's called "Lege artis:" and is Latin for the need to sample the environmental microbiology and toxicology in the same way any other diagnostic specimen is taken.  Don't allow any authority to rely on a visual inspection or say that no visible mould was seen and hence there is no problem.  Use and be aware of the "Lege artis" and the fact there are multiple Standards and Guidelines for indoor air quality and water damage and microbial assessment.  Don't let no data or poor data compromise your health or the lie that mould isn’t a problem as long as we dry out your building.  Remember there’s an industry who want your money for works that are all too often poorly implemented or unverified for source removal.  If you’ve ever been sold the snake oil that “we’ll just fog to treat the mould” recognize that that’s not removing the microbial risks and dead mould can still cause a serious immune challenge.  This Livestream is for all those that need that one publication to help explain and support how they feel and where the science is at around this topic of risk and exposure to water damage and mould.

'IT STINKS' My son is too scared to live in our home as mould is in ‘every room’ & makes him so sick he’s ‘missed school for weeks’ https://www.the-sun.com/news/3981683/son-scared-home-mould-missed-school/

Black mould, termites and no electricity or hot water: Inside the Aboriginal housing divide
https://www.abc.net.au/news/2021-10-13/condobolin-aboriginal-tenants-houses-mould-termite-faults/