Why I want to talk about one of the biggest health concerns of our time: mould and mycotoxin exposure 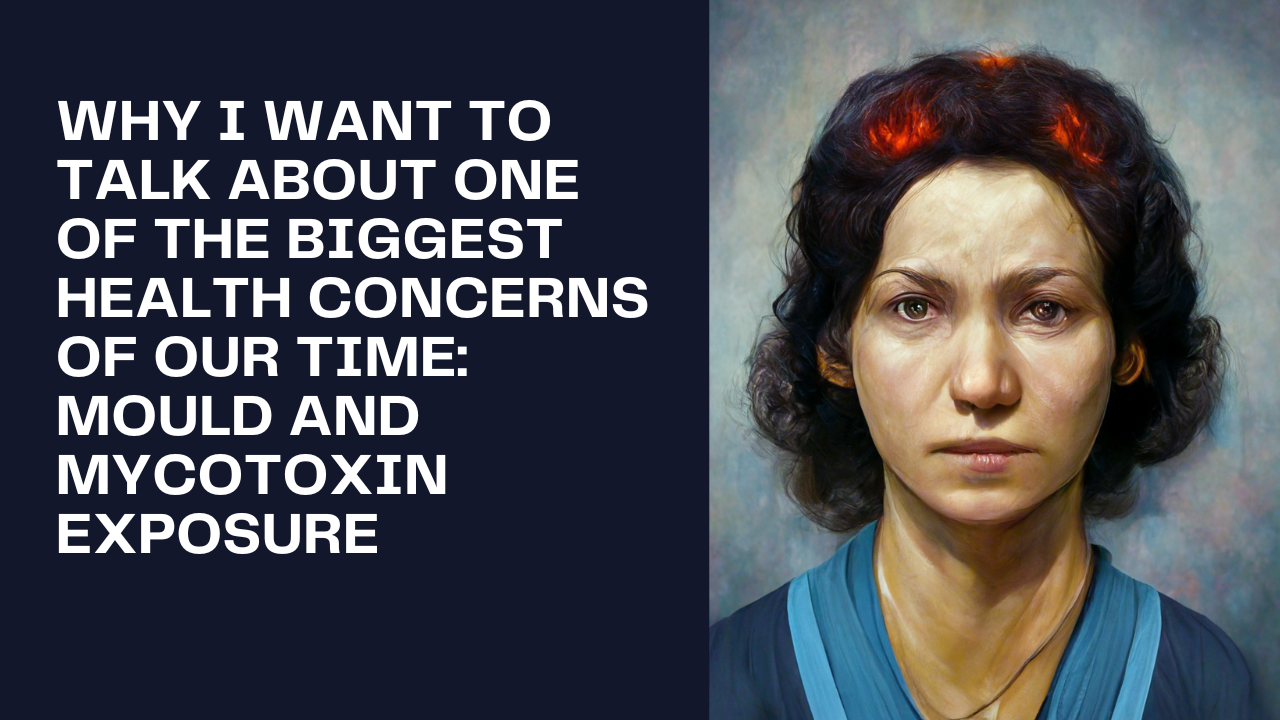 Mould and mycotoxin effects have been known for a long time. People started to study the effects on animals a lot. Then they did it with people too, but it is less well-known. Most of the time when we talk about water-damaged buildings, it is in the legal arena, but...

People can get sick from being around and exposed to moulds, mycotoxins, and water-damaged buildings. These things can make people have different kinds of signs and symptoms. Some of these look like neurologic problems that people usually get, like pain, movement problems, feeling really confused or not knowing what is going on, having balance or coordination problems, and even dementia. In this article [1], the author talks about how to tell the difference between these things and other neurologic diseases. This is important so that we can learn more about how mould/mycotoxin/water-damaged buildings affect the human nervous system and cause diseases.

Mould is known to cause complexes of local and focused pain headaches and unusual face discomfort. Referred unusual face pain may be caused by the inflammatory sinus alterations associated with CFS. Trigeminal nerve branches may experience focal irritation or suffer long-term harm following exposure to mould.

Inflammation that causes both remote and generalised pain like diffuse myalgias and arthralgias can be brought on by any inflammatory disease in the body, including CFS. Any joint, muscle or connective tissue in the body can get damaged by inflammatory cytokines and circulating immune complexes.

These atypical symptoms typically point towards altered motor function control rather than localised neurologic injury. The patient will consciously and intentionally attempt to change, normalise, or control the abnormal action that was launched by the motor system reflex. An impaired motor syndrome has a higher chance of modulating this than a damaged motor condition. Anti-parkinsonian drugs and other treatments that modify "classic" movement disorders are ineffective. Almost invariably, the aberrant motions are down-regulated when the patient is removed from the contaminated environment.

Mould exposure may also cause ataxia and balance problems. In contrast to pure cerebellar abnormalities, imbalance and gait ataxia are significantly more frequently observed in these patients.

Multiple sensory inputs are necessary for balance. Balance disorders after exposure to water-damaged environments can be a quantitative early warning indication and a useful variable to monitor because any one of several systems if disrupted, can alter it. Compared to many other motor and sensory indications and symptoms, balance and ataxia may be easier to measure and quantify. It happens frequently that one patient will have a fluctuant mix of different focal system dysfunctions. Clinical evaluation, testing, and therapy trials are used to "rule out" classical neurologic diseases.

Diffuse neuropsychiatric disorders can also be caused by exposure to mycotoxins and mould. Delirium and dementia can be brought on by mould and mycotoxins. The term "Brain Fog" is frequently used to describe these altered mental states. Clinicians and environmental health care providers often observe varied degrees of impaired mental status in mould exposure. For example, a delirium can be moderated by the patient's IQ and personality. These fluctuations in the mental state are typical of delirium. This is still a physiological imbalance in the majority of patients. If the brain's neurones and/or supporting cells (such as astrocytes, oligodendroglia, etc.) repeatedly undergo physiologic changes from which they only partially recover, we have a nett loss of brain function. The dementia may be static or progressive, depending on the underlying pathophysiologic process.

Diligent clinical examination is very important since there is a fairly broad spectrum of medical conditions that might cause delirium or "encephalopathic" characteristics. It is important to make every effort to treat these conditions and entities. Alzheimer's, CNS vasculitis, Creutzfeld-Jakob disease, frontotemporal dementia, multi-infarct dementia, etc. have all arisen from the early diagnostic categories of "senile dementia" and "pre-senile dementia.”. According to research, currently, there isn’t a set of diagnostic procedures to "rule in" dementia brought on by mycotoxin exposure. With treatment, the majority of patients usually improve.

1. Findings that point to a potential distinct category of illnesses caused by the environment.

2. Methods used in clinical and testing settings to rule out recognisable problems.

The literature strongly suggests that we will probably see a large variety of pathophysiologies due to the wide individual susceptibility (from none to severe), the abundance of different mould species, and the various mycotoxins produced by each species.